The meteoric rise of Bitcoin has changed the world. Newsmakers and average people alike wonder what will happen to cryptocurrency in the coming months and years.

Will it survive in its current form or will it change? Can you predict the future of Bitcoins and other types of crypto?

The idea of digital money is not new, and in the past 20 years, we have seen many come and go. Many economists, as well as laymen, have long predicted that virtual money would overtake traditional currency.

In this article, we’ll look at a variety of clues that will help us see the upcoming years of digital currencies. Let’s get started!

The Future of Bitcoins

Bitcoin’s future is an unpredictable path ahead. This digital asset has seen its fair share of ups and downs over the past few years. That makes it hard to predict what will happen next.

Despite this, there are a few potential scenarios that could play out. One possibility is that Bitcoin continues to grow in popularity and becomes a widely accepted form of payment. This could lead to more businesses and individuals using the currency, which could in turn help to stabilize its value.

Another potential outcome is that governments start to crack down on Bitcoin and other digital currencies. This could make it more difficult to use crypto, and could also cause its value to fluctuate wildly.

Ultimately, it’s impossible to say definitively what will happen to Bitcoin in the years to come. However, the currency does have a lot of potential, and its future remains an exciting prospect.

The Upcoming Challenges of Bitcoin

If Bitcoin is to be widely adopted, it will need to find a way to escalate its network. Another challenge faced by Bitcoin is its volatility. The value has been known to fluctuate wildly, making it a risky investment.

This volatility could dissuade users from adopting Bitcoin as a currency, as they would be hesitant to accept something that could lose value so quickly.

In addition, security is also a concern for Bitcoin. It has been subject to a number of hacks and attacks over the years. This has led to the loss of millions of dollars worth of tokens.

Can Crypto Overcome Its Challenges?

This is the million-dollar question. And the answer, quite frankly, is unclear.

Cryptocurrencies have faced a litany of challenges since their inception, from regulatory pressures to hacks and scams. But they’ve also shown incredible resilience, bouncing back from each setback stronger than before.

It’s this tenacity that gives us hope that we can overcome any obstacles that have thrown our way. However, the reality is that the crypto-verse is still in its infancy, and there are no guarantees. So, for now, all we can do is sit back and watch as the drama unfolds.

Bitcoin’s and other crypto’s price flow has been nothing short of amazing. In the past year, Bitcoin price has surged from $1,000 to over $4,000. This rush in price has been driven by increased demand from both institutional and retail investors.

The future looks bright for cryptocurrency as more and more people become aware of its existence and its potential as an investment. With the value of Bitcoin continuing to rise, it is likely that we will see more investors entering the market and driving the price even higher.

We could also see more countries warm up to Bitcoin and cryptocurrency regulation. This could provide a boost to the industry and lead to even more mainstream adoption.

The Cryptocurrency Regulation and Adoption

Cryptocurrencies have shown tremendous promise, but their long-term viability is still very much in question. The key question is whether or not they will be able to survive and thrive in a regulatory environment that is constantly changing and becoming more hostile.

The future of cryptocurrency, as mentioned, is difficult to predict, as there are many factors that could affect its adoption. Cryptocurrencies could become more widely accepted if more businesses and individuals start using them.

If the value increases, more people may be interested in investing in them. However, if the price of cryptocurrencies falls or if there are security concerns, people may be less likely to use them.

What’s Next for the Different Types of Crypto?

There are many different types of Bitcoin, and each one has its own unique features and benefits. However, all share one common goal. To provide a secure, decentralized, and digital form of currency.

Looking ahead, it is clear that Bitcoin will continue to grow and evolve. New and innovative uses are constantly being developed, and the possibilities are endless. So, what’s next for Bitcoin?

Only time will tell, but one thing is for sure: Bitcoin is here to stay!

The Ever-Changing Landscape of the Cryptocurrency Industry

The cryptocurrency industry is constantly changing and evolving. New technologies and innovations are being developed at a rapid pace and the landscape is constantly shifting. The industry is highly competitive and there are a lot of players fighting for a piece of the pie.

The ever-changing landscape can be both exciting and daunting, but it is full of opportunity. Those who are able to adapt and change with the industry will be in a position to succeed.

The Latest Features and Improvements

New features of Bitcoin and other cryptos may help to give a better indication as to where the market is headed. For example, the addition of SegWit2x to bitcoin may help to add the number of processes.

Similarly, the Lightning Network may help to make bitcoins more user-friendly, which could also increase demand. Every day, there are new and improved ways to stay connected and use technology.

The latest features and improvements include:

The Increasing Popularity of Bitcoin

While there is no guarantee that any one method will be 100% accurate, there are a few techniques that seem to be fairly reliable. One popular method is to track the activity of major investors and developers.

By tracking their activity, you can get a better idea of which direction the market is heading. Another method is to check the media coverage of Bitcoin and other cryptocurrencies. This can give you an idea of how the general public is feeling about these investments.

While no one can predict what will happen with 100% accuracy, this procedure can give you a better idea of which way the market is headed.

The Development of Bitcoin’s Payment System

There is no doubt that cryptocurrencies have taken the world by storm. With their unique payment system, they have created a new way for people to transact business. But can we predict the future of these coins?

If their transaction processing is enhanced and acquired by more businesses, it is possible that the value will increase. So, read and learn more on how to purchase Bitcoin with no fuss.

The Rise of Bitcoin

In the past few years, we have seen the rise of Bitcoin and other cryptocurrencies. These substitutes to traditional fiat currencies have revolutionized the way we think about money. Bitcoin has become a household name, with millions of dollars worth of Bitcoin being traded every day.

However, it is not the only cryptocurrency on the market. There are many other alternatives to Bitcoin that are growing in popularity. These options, often referred to as Altcoins, offer a different take on the concept of cryptocurrency.

Some of the most popular Altcoins include Ethereum, Litecoin, and Monero. Each of these coins has its own unique features and advantages. As the popularity of crypto continues to grow, we are likely to see even more Altcoins enter the market.

Upgrade Against Fraudulent Activity and Hacking

There is no hesitation that fraudulent activity and hacking are big concerns when it comes to bitcoins and cryptocurrency. Can we see the future in relation to these issues?

Unfortunately, it is not possible to accurately foresee the future of anything. However, we can say with some confidence that these problems will continue to be a major concern for users of these currencies.

As more people become aware of the capability for fraud and hacking, they will be more likely to take precautions against these threats. In addition, the development of better security measures will help to reduce the risk of these problems.

The Success of Bitcoin Growth in the Coming Years

It is impossible to forecast what will happen in the future of Bitcoins. They could continue to increase in value, or they could become worthless overnight. However, if you don’t own any cryptocurrency, you could be missing out on a huge opportunity.

So, what are you waiting for? Get started today and purchase some while they are still affordable.

Did you find this article helpful? Check out the rest of our blog now!

Joanna Gaines Affair is Being Investigated for a Relationship 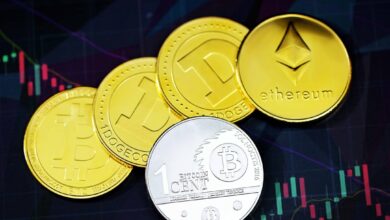 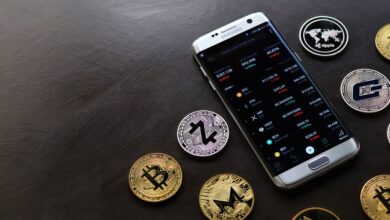 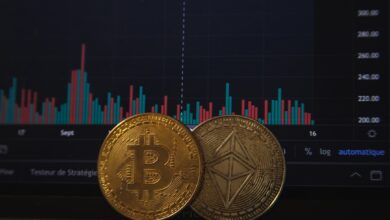 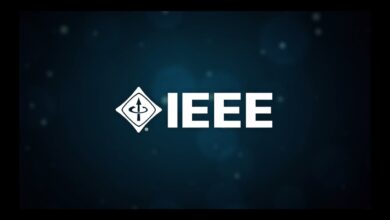 IEEE Cryptocurrency is the Best Step Towards the Blockchain Progress